Featured image:  Celebrating the groundbreaking of La Guadalupe, a collaboration between Azure Development, Many Mansions, and the City of Los Angeles.  Genesis LA provided a $2.5 million construction loan for the retail portion, which will house 4-5 small businesses. 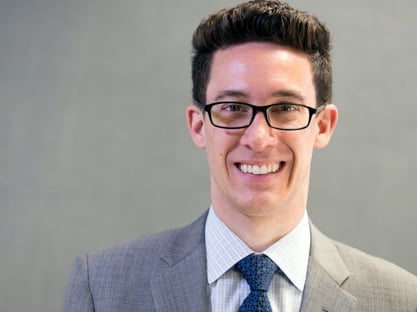 Tom De Simone is the President & CEO of Genesis LA, an innovative leader in community and economic development in Los Angeles. Genesis LA’s mission is to deliver financial solutions that advance economic and social opportunities in underserved communities. Genesis LA is both a Community Development Financial Institution (CDFI) and a Community Development Entity. Tom has spearheaded several innovative investment programs and partnerships that have helped Genesis LA to become a unique financing entity in the Los Angeles community. Under his leadership, Genesis LA’s total assets and net assets have grown fivefold.

On March 16th, Tom will be joining Bluestone Life on a panel at the 1% for the Planet Global Summit in LA where we’ll explore how people can be “financial activists” for family, community and planet.

Here are some highlights of our recent conversation with him:

Q: “Capital, capacity and community” is the Genesis LA tagline. Can you explain how it frames your strategy and drives the impact you’re having in LA?

A:   Capital, Capacity and Community represent the three pillars of the system that we’re trying to create at Genesis LA.  Capital doesn’t flow to some communities the way that it needs to in order to create the kind of change that we want to see.  Beyond the systemic biases that exist, we recognize that part of the reason that capital doesn’t flow is that there isn’t always capacity in the community to take that capital.  For example, there aren’t the deals, investments or projects ready to be financed.  To create capacity, there’s a lot of front-end work and partnership that needs to happen.  We work with our partners in the community to help them position their projects and develop their visions into something that is feasible and financially viable that can then be financed. We see these two things as integrated and attached at the hip because the lack of capacity or readiness is often the reason that capital doesn’t get where it needs to be.   When it does, the result is real community impact – from the ground up in a truly organic, community-driven way.

Q:  What do you want people to understand about community development and the role that CDFIs play? 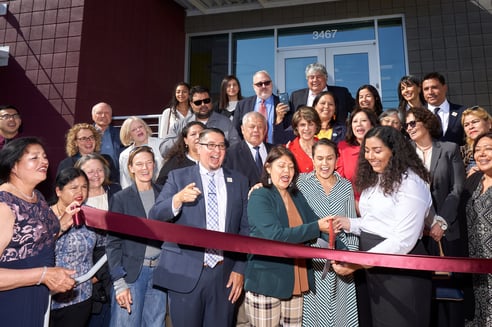 A:  CDFIs were set up to serve a segment of the market that was not being served by traditional and conventional financial institutions. So, CDFIs were set up to be a lot more flexible.  We come in a lot of shapes and sizes… some of us are community banks or credit unions and most of us are loan funds. While we’re unregulated, we are still accountable.  By being unregulated, we are set free by regulations that can really restrict the ability to be creative and flexible with financing.  So, if you think about how much are you lending versus the value of the asset or is the borrower credit worthy…what does that mean?  A bank is going to have a certain definition.  We will finance things that might not fall in that box.  A good example is that we finance community economic development projects that have “Mom and Pop” businesses in them.  A bank is generally not going to underwrite rent from a “Mom and Pop” restaurant that is just starting out.  Instead, they’re going to underwrite Walgreens or McDonalds or a known entity.  CDFIs exist to catch some of the important things that fall through the cracks in terms of how we build and invest in our communities

I have often been asked:  is the fact that CDFIs exist a sign that the system isn’t working? Yes and No.  CDFIs are filling a gap in the market that the market isn’t serving.  In an ideal world, could banks do all this lending?  Yes.  The flip of that is we already have financial systems that can scale and try to move as much money as possible and that’s what the mortgage and banking market is like…it’s very standardized.  So, think about all the nuances and the grey areas.   There’s always going to be the start-up or the novel idea or the person who is trying to do something more innovatively and they’re not going to fit in those standard credit boxes.  The private equity market serves some of those needs, but not for the “Mom and Pop” businesses that are at the community level.  So, CDFIs are playing that role for folks that are community-based and community-driven by giving them the flexible, patient, early-stage capital that they need to succeed and create vibrant communities.

Q:  How can people support or get involved in community development work?

A:  Most CDFIs are nonprofits and we have Boards of Directors that are always looking for skilled folks from finance, banking, law, community development.  We need people that have a different mindset and who can think creatively and bring that knowledge and expertise to us.  Investing in CDFIs is another huge way to get involved.  We raise capital from foundations, banks and the government and many of us also raise money from individuals in the form or grants and donations.  We’re gathering low-cost patient, investment capital and pooling that all together to make the investments we make in communities.  Another way to get involved is by joining community groups that are working in your community whether it is helping small businesses, revitalizing abandoned properties, being on their boards or donating to them.  The beauty of community development is that there is a spectrum of roles and there’s room for anybody who is interested regardless of their skillset.  There’s always a place to have an impact.

Q:  You began your career as a Project Manager at Genesis LA in 2008 and became President & CEO in 2013.  What stands out the most to you when you look at your pathway – what you’ve learned, as well as the progress that’s been made and the work still to be done.

A:  What stands out to me is the strength of our team.  There are 10 of us.  Many people ask us:  how do you get so much done?  It’s because we have a great team.  It’s about creating a culture that really empowers people.  Everyone wears multiple hats and that can be tiring and inspiring at the same time.  It gives people the opportunity to experience many facets of how we operate as a business which has built ownership and a strong team culture…and that’s more important now than ever.  There’s all this debate about whether people will go back to work in an office.  We’ve been back a year and we’re not going anywhere. There is so much to be said for being with people and creating culture and community together.  There is a need for face-to-face and the smaller the firm and the more innovative you’re trying to be, I can’t say enough about the value of the relationships that you make with people as you try to build an organization and do new and creative things. 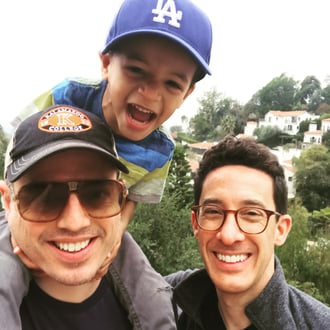 Photo left:  Tom with his family

Q: Do you have a mantra or quote that you live by or that inspires you?

A:  I’m a huge fan of Fleetwood Mac and love their song: “Don’t Stop Thinking about Tomorrow” because what’s there to live for if we’re not working towards a better tomorrow?  That’s why we do what we do and why you do what you do and why CDFIs exist.  That’s what I try to live by…knowing that we’re all here to make tomorrow better than today.